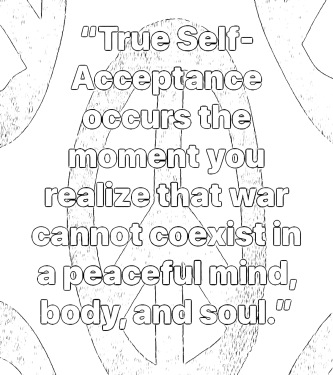 I remember the day like it was yesterday, the day I asked myself “Why am I here, and why am I alive?” I was three-years-old. I would hold my breath until I passed out because I was hoping to die (at three, I was hoping not to wake up again). I would pray before bed asking God to please let me stay asleep forever, but he would never take me. Remember, I was three and already had suicidal thoughts and severe depression. Was I born this way? Was it because I was a preemie? Those questions I do not have the answer to, and may never know, but it has stayed with me throughout my life.

By the time I started school my anxiety and social anxiety was so intense that my sister had to drag me a mile to school on a daily basis. She hated me (I don’t blame her), and would leave me at times in what I felt like was the middle of nowhere, but if I went home I would get in trouble; I was frozen in time, not able to move forward or backward. When I was in school, I isolated. I had no friends, and I would not even look at the teacher (Ms. Meredith), and if she talked to me, I would have a meltdown. At home, my father was always out, and my mother enjoyed her sleep; neither parent emotionally available for any of us. I had three sisters at the time (the fourth came a couple of years later), but I felt alone, and I did not fit in. I always felt as if I was the outsider begging to come in from the cold. All I wanted was to feel loved and safe, but I was terrified of life and the demon that lurked among us. One night I had woken up because of a nightmare, and there was a snow storm, and in my five-year-old brain, I thought if I went out in the snow maybe God would take me. I went out in a t-shirt and underwear, no socks and went to my neighbor’s house to swing on her playset because I believed that if I swung high enough I would reach heaven. My neighbor woke up to get ready for work and found me and took me home. Again, I failed. I did not feel in control of self or body, and in walked ED.

My mother was raising four girls primarily on her own, and in hindsight, I now know she too suffered from depression, hence the joy of sleeping all the time. We had to be outside after breakfast, and only allowed in for meal times and when the street lights started to come on, and in bed before the sun went down. Three of us had a very rigid schedule where there was no deviation without consequences. Meal times were always a battle because we were picky eaters, and of course, my father (who did most of the cooking) was not making multiple different meals. He would have, but my mother did not allow it. Yes, the right thing to do, but not the best in action steps to get us to eat. If I did not eat, my mother took that as me being defiant, and I would have to sit at the table until that meal was gone. I would sit there overnight before she would allow me to move, but that meal was served until eaten; restriction began. While sitting at the table for hours I learned that the top part of the chairs came off, and there was a huge opening that went all the way to the bottom of the chair. So, to get out of eating food I did not like, I would wait until she was not looking and stuff it down the hole; hiding began. Once I was caught doing that she started to force feed me until I would vomit, which then I had to clean, so I had to find a way to take control of an out of control situation. My five-year-old brain had some amazing critical thinking skills going on to problem-solve facing the consequences. I figured I would eat what was served as fast as I could, and go right to the bathroom the get rid of it, and that work. I felt powerful, in control of my body, and I won the war against fighting with my mother, so maybe she would love me more and keep me safe; binging and purging began.

I do not blame my parents, or just my mother for my life with ED, because she was doing what she felt was best to ensure we were eating. She did not have the tools or coping skills to do anything different, and only raised us how she was raised. I never loved my parents any less than I do today. I have a close relationship with my mom, and we have discussed a lot of this, but some things are better left unsaid. Losing my father 6 ½ years ago, I miss him more each day, and he is the reason I am beginning this blog, telling my story, and writing a recovery journal. It is not the end, but just the beginning of how I am learning that sometimes you must give up control to regain control.

I am a Certified Addictions Specialist, Certified Recovery Coach, Licensed Nurse, and Eating Disorder Mentor. Recovering from Binge Eating Disorder, Bulimia, and Anorexia, while learning to regain my life with CRPS. Recovery is not straightforward, and this is my story in Embracing Recovery. Learning that sometimes you have to give up control to regain control. View all posts by Kelly Rossi

12 thoughts on “Suicidal Ideation-Depression: How my life began with ED (Eating Disorder)”